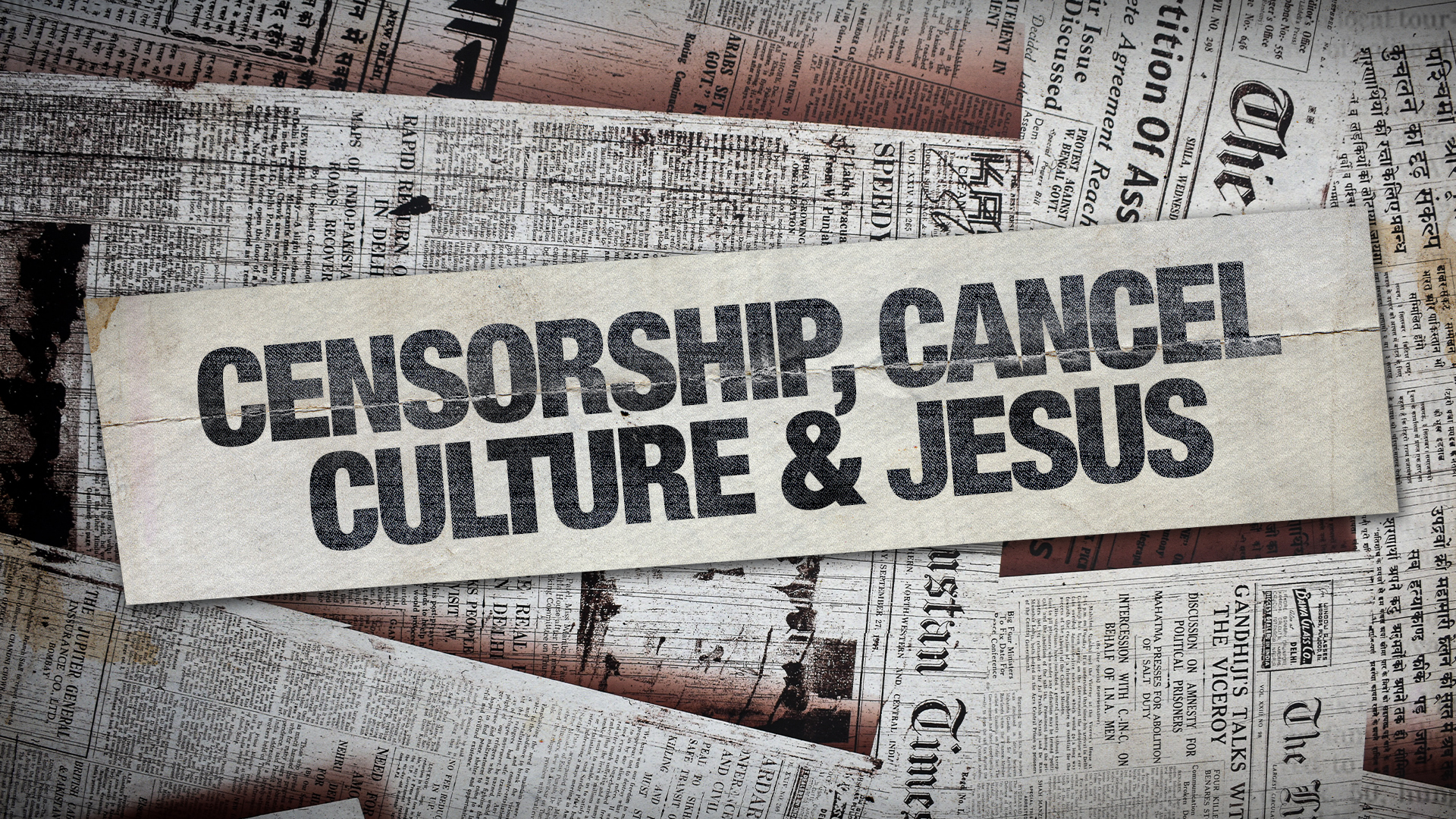 In Today’s world, too many times we are seeing the media, especially social media, censoring what’s being said and who is saying it. Not only is this happening among many Americans today, but it’s also happening even more so among American Christians! It’s no wonder why many are concerned about their freedom of speech. The Big-Tech private companies are portraying themselves as public forums such as Facebook, YouTube, Twitter, and Google, yet seem to be operating far more like privately owned publishers. They can choose what people can see, post, comment on, or view! Just recently, The Department of Homeland Security has formed a new board called the Disinformation Governance Board. So what’s the Christian's responsibility in all this?

As a Christian, you are called to speak up and to speak about truth in our culture today. Jesus called all his disciples to be salt and light within society. What does that mean? As salt and light, Jesus and His followers are to be social and spiritual influencers of the whole world!  (Matthew 5:13-16)

Light brings clarity and exposure to what is in the dark. Christians have a moral and spiritual responsibility to do the same in today’s time!  As a Christ-follower, we are called to shine light into the world in which we live, and to hide this light would be a direct violation of Jesus’ plain teaching of our Christian identity and responsibility. We are called to give guidance by pointing everyone back to Jesus as the Light of the World.

Salt is a preservative that is often used to preserve meats. As Christians, we are called to preserve the truth and should seek not only to preserve it but to promote it as well. We can do this by living a life that’s consistent with God’s word – voting our values, incorporating business ethics and family morals that are in line with God’s word, while encouraging others to explore doing the same.

So how does the Christian man, woman, or family do this in today’s culture, where being a Christian is often seen as being close-minded, old-fashioned, or worse, as a bigot or fundamentalist?  It’s definitely challenging, but it’s not at all impossible.

The good news is that Jesus can sympathize.  He knows our pain, because he faced similar conflicts and censorship, while he dealt with a cancel culture in his own day.  As we look at the life and ministry of Jesus, we quickly discover that as his influence increased, so did his controversies.

In the remaining section of chapter six in John’s gospel, we see Jesus dealing with the censorship and cancel culture of his day.  In this section, we will learn not only how to respond by looking to him as an example, but we will see the differences between true followers of Christ and the flakes, fakes, and phonies as well! Join us on campus or online for the first message in the series, on May 8, 2020.

Books to consider for this Censorship, Cancel Culture, and Jesus

*Note: The books listed below nor the authors represent neither all of the teachings or beliefs of the church or pastors, but have been found helpful for further learning about culturally relevant topics and theological issues covered within this message series.