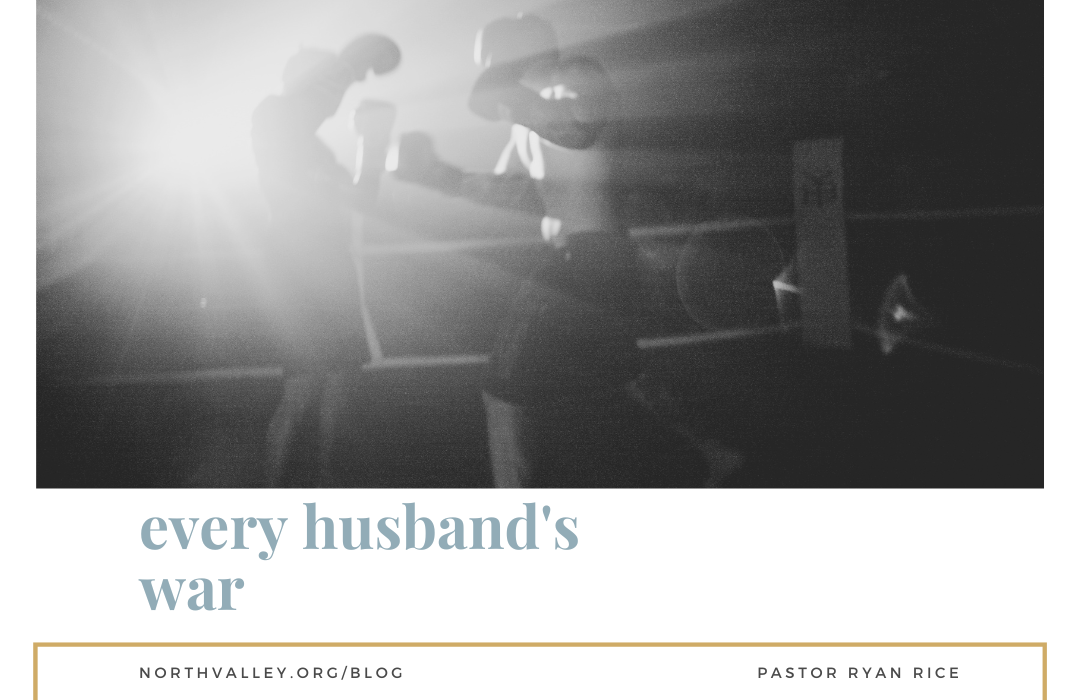 Every husband must fight for what matters most.  There are three enemies that the husbands must declare war on:  the first is sin, the second is self, and the third is Satan.  Nothing destroys marriages and families faster than a man who has been defeated by sin, selfishness, and Satan’s spiritual attacks.  Being a husband is a high calling to emulate the life and love of Jesus Christ.  Failure to do so often results in disaster and leaves children and the wife wounded in its wake.

Many wives have suffered under the tyranny of an overly dominant male, while others have suffered silently under the overly passive male.  The reason so many marriages fail is because the husband has not gone to war with his own sin, self, and Satan. The greatest threat in this world is not the COVID-19 virus, but rather it’s the virus of sin. It has caused far more harm globally than the Coronavirus ever could. Sin is anything that is contrary to God’s will and God’s ways.

Sin infects the husband’s mind, heart, and soul -- it has infected and affected everything in our world.  All of creation has been exposed and is suffering as a result of the sin virus (Romans 5:12, Romans 8).  It is the husband’s calling to go to war against sin, to kill sin in his own life so that it doesn’t hurt or kill his family, marriage, or personal well-being.

The second battle is that of the self.  The self is the flesh that is alive and well, the earthly nature within us all.  It is the self that thinks mostly of serving oneself and not the wife.  The selfish desires are contrary to that of the life controlled by the Spirit of God (Galatians 5:17).  To battle self is to side with God.  It means thinking like he thinks, acting like he acts, walking as he walks.  The Apostle Paul said in Philippians 2:4, “Let each of you look not only to his own interests but also to the interests of others.”

This is not easy for anyone, especially that of the married person.  Why?  Because marriages are some of Satan’s most strategic targets.  Satan knows that if he can destroy the husband or the wife, he will eventually destroy the marriage, which is one of God’s greatest metaphors for the Gospel.  The marriage is a mysterious metaphor for Jesus’s love for his church, the bride of Christ (Ephesians 5).  In a Christ-centered marriage, we find love, forgiveness, and faithfulness; this is at the core of who God is and the foundation of the relationship between Jesus and the church.  If Satan can destroy the marriage, he has thwarted God’s plan and likely destroyed a family as well in the process.

Every husband will struggle with sin and self, but if he is to win the war against Satan, he must first recognize that he’s going against spiritual forces of darkness, forces of evil, which are all Satanic attacks, and he must prepare for battles (Ephesians 6).

Satan’s agenda is to derail and destroy marriages, so that generations of marriages and families will be held captive to sin and bondage.  The husband must prepare for war if he is to marry, as the Apostle Paul says in Ephesians 6:12:  “For our struggle is not against flesh and blood . . . powers of this dark world and against the spiritual forces of evil.”  The struggles are real, and we can combat these attacks through prayer.

Got Questions?  Want to Learn More about Marriage?

I am relaunching Real Life with Ryan on my personal Facebook page, which will have live videos starting with Marriage & Parenting on Thursdays at noon.  If you have questions about our current series or just about marriage and parenting, please send them over to me at www.RyanRice.org where I have a form that you can use to ask me questions that I might use in the Facebook live events.  Join me beginning Thursday, August 25th at noon.