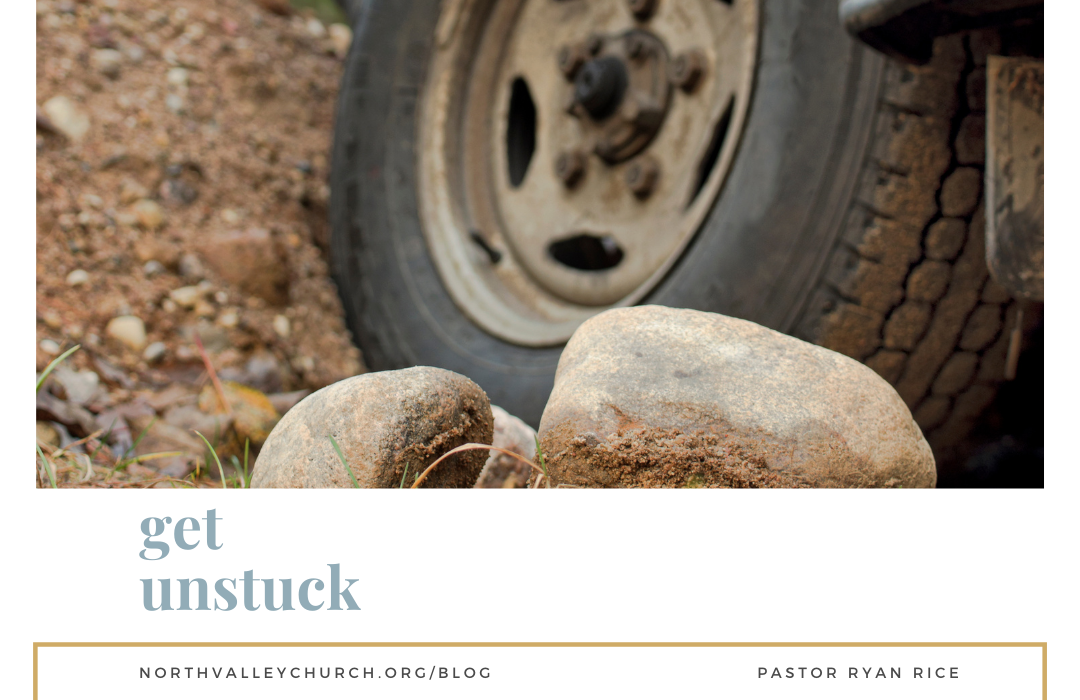 It's the opening morning of dove season 2020, and it's a family tradition! Hunting is finally here, Sunday football is just around the corner! We are pumped.  It was dark outside, and we are out in the field driving in my truck just before sunrise.

Now I was familiar with the area, but we were in a  hurry to get out there. We were cruising, listening to some good tunes, having some good conversations when all of a sudden… Boom! Crash! I couldn't believe it... I accidentally drove my truck off into a HUGE ditch!!

What happened? I got stuck! Bad. I couldn't get out until I stopped. Shifted into neutral and got ready to lock into 4 low.

As Christians, we all drive off into ditches of bad decisions. Some of us even crash and burn, but most of us, at one time or another, get stuck.

As we look at Jonah's life, we can see how in times past, he was stuck. He couldn't really get into gear. God had told him to go one direction, and he went another. As being God's messenger, Jonah failed to let God sit in the driver's seat.

God had already given him directions, We read in the opening lines of the story… "Now the word of the Lord came to Jonah the son of Amittai, saying, "Arise, go to Nineveh, that great city. (1:1-2)  But then we find out, shortly after he goes the opposite direction. He heads southwest instead of northeast. (1:3)

Yet after calamity, chaos, and a whale of a tale, Jonah comes to his senses, and the whale spits him out, and he's once again back where he started. He's on dry land and…" Then the word of the Lord came to Jonah the second time, saying, "Arise, go to Nineveh, that great city, and call out against it the message that I tell you." (3:1–2).

What changed? In the beginning, God says go, and he put's in reverse and does the opposite. The second time, Jonah doesn't put it into gear, he comes to neutral. He's surrender to God's divine direction. In doing so, his life is in neutral. He knows he will go where God directs. And God points North to Nineveh, and Nineveh Jonah goes.

Do you feel stuck in some area of your life? Avoid moving forward or backing out.  Just get to neutral and allow God to direct you. Only then are you ready to hear a word from the Lord and get unstuck. Ask God in prayer to help you get your heart to neutral. By praying something like this. "God, I am trusting you to direct my life. Move me forward or back as you see fit. I trust your divine direction." Amen.