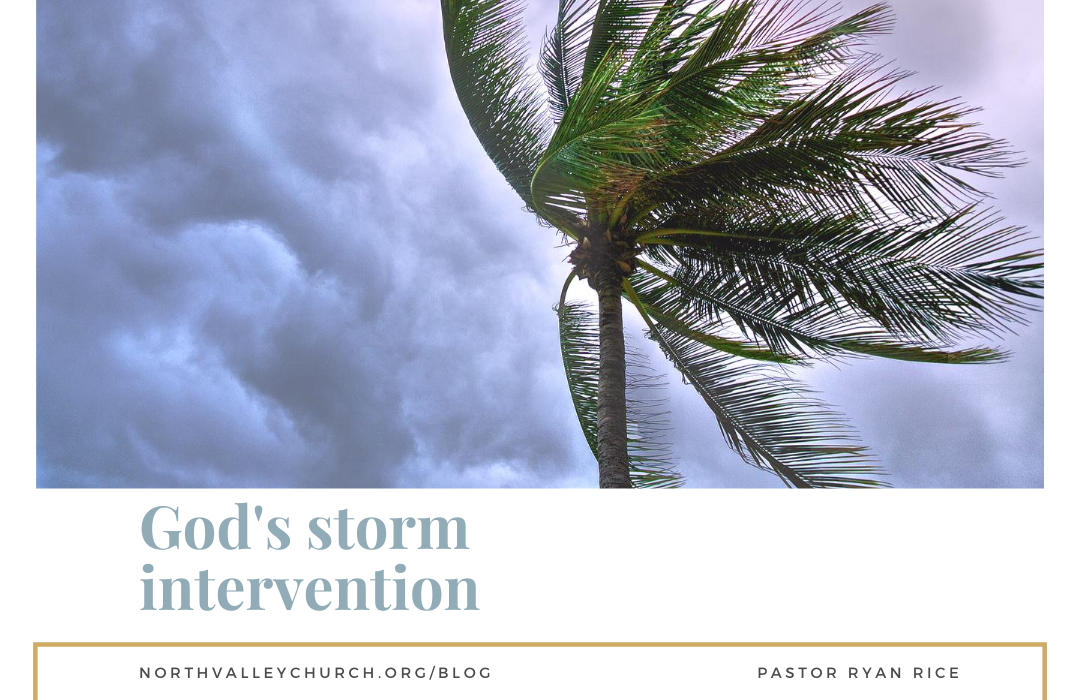 But the Lord hurled a great wind upon the sea, and there was a mighty tempest on the sea, so that the ship threatened to break up.

When Jonah ran, he left behind his work, his home, his friends, and those he loved. He was leaving and wasn’t returning. He resigned. God had worked with him in the past. He revealed prophecies to Jonah that gained him favor with King Jeroboam, but this last call to go to Nineveh was too much. Jonah was done. “But the Lord...” Those three words are words of intervention.

An intervention is an action or process of intervening. If you have ever had a loved one that was an alcoholic or caught into some destructive behavior, you might have heard of the method of intervention. In these situations, you gather loved ones and friends, co-workers, etc., that are in some level of relationship with this individual, and you confront them by surprise and make them face their problem. These conversations are never fun and can be very difficult but also can be life-changing, for the good.

Jonah needed an intervention in his life. He was on a warpath for destruction and didn’t even know it. His heart was twisted with bitterness and blame, pride and prejudice, anger, and animosity. While he looked good on the outside, he’s wasn’t healthy on the inside. He was emotionally, and spiritually unhealthy. His behavior in running was just an outward symptom of an internal sickness of the heart and soul. So God needed to intervene.

God’s word says that “the Lord hurled a great wind upon the sea, and there was a mighty tempest on the sea so that the ship threatened to break up.” This was God’s intervention. He did this not to pay him back, but to bring him back. The intervention was not a punishment as much as it was a provision of God’s relentless love to do what it takes. If a father has to yell, scream, and even spank their child when they run off to cross the street to avoid being hit by a car, it may seem harsh at first, but it’s done from a father’s heart of love and desire to protect the child. In Jonah’s case, Father God is pursuing his child by any means necessary. Had Jonah not boarded that ship, God would have chosen another method to get Jonah’s attention.

How is God trying to get your attention? Why do you think he’s doing that? Talk to him through prayer right now.