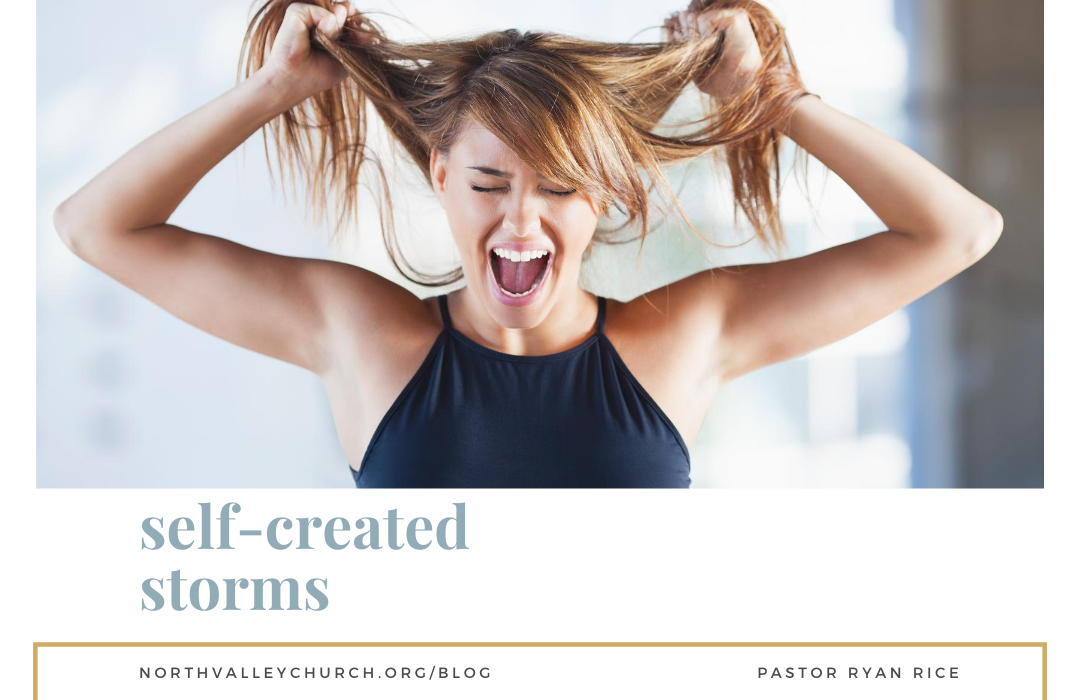 Then they said to him, “Tell us on whose account this evil has come upon us.” Jonah 1:8, ESV

In the history of our country, the worst storm ever recorded was perhaps the Great Galveston hurricane in 1900. The hurricane ripped the coastal line, killing as many as 12,000 men, women, and children by some estimates, most occurring in Galveston, Texas. Waves and wind pounded the shoreline, and the surge of the storm was over much of the city, covered in water 8-12 foot deep. The storm destroyed 7,000 buildings, 3,700 homes, and left more than 10,000 people homeless, which was roughly 30% of the population at that time.

Jonah is the storm of his life. What he doesn’t initially realize is that he’s the one who, in a sense, created it. Everybody on the boat wants to know who did it. That’s the important question: whose fault is this storm? The sailors had a polytheist belief system, in which there is not just one God (monotheism) but many gods. These gods were assigned to the sea, to the land, to the sun, to the moon, etc. The sailors, being religious, believed that some god had sought to punish them, perhaps by sending this storm. But they didn’t know who was responsible, or what was really going on. They just wanted to survive. They were trying to understand why this storm was taking place, in hopes of maybe living to see another day.

In today’s time, we may not be trying to survive a real storm, but we are trying to survive the storms of life. We ask, “Why am I going through this hardship, trial, or difficulty?” There are several reasons why we as Christians face these storms in life. Here are three of the most common.

SOME STORMS ARE OUR FAULT

Jesus tells us that in this world we will face troubles, but some of us face more than others because of the choices made. Jonah was in the worst storm of his life; he’s been on the run and has resigned from ministry. Literally, gone AWOL, and now he’s about to go down to the bottom of the sea, taking many others with him due to his disobedience.

Jonah’s storm was his fault. He ran from God, created the problem himself. In rejecting God’s divine mission, he has a sense of grief, frustration, and despair that he seems to wrestle with throughout the book, as we will see. Much of his inner turmoil and storm is self-inflicted.

I recall the story of a wayward teenage son that rebelled against his family and their faith. He was continually in trouble with the school, the church, and the police. The rebellion hurt the family and friends of this young man. It was a storm he created himself. The disobedience and rebellion created a storm of suffering and hardship not only for himself but also for all those involved in his life.

Consider another example of a person who never keeps secrets, has loose lips and gossips, or doesn’t know when to be quiet. Proverbs 10:14 says, “the mouth of a fool brings ruin near.” Sometimes we create storms when we say something we shouldn’t, we post something, we tweet, we tag, we like, when wished we didn’t. And as a result, a storm occurs on social media, and you’re guilty. People’s feelings are hurt, you’re frustrated, anxious, and tired of it.

It’s important to slow down and evaluate yourself and the storms you’ve been in recently. Think about financial troubles, relational troubles, health troubles, and ask yourself, have I created these storms? Do I have any part in these? If, so ask God to forgive you and ask for his help today. You don’t want to do life as the one who continually creates storms everywhere you go.