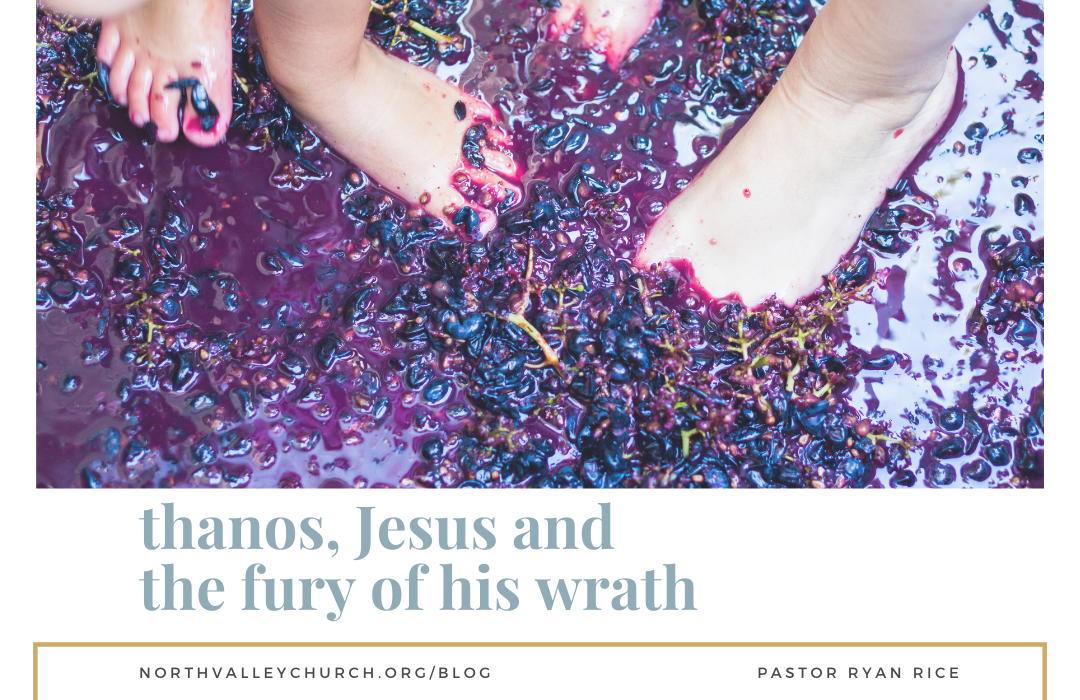 From his mouth comes a sharp sword with which to strike down the nations, and he will rule them with a rod of iron. He will tread the winepress of the fury of the wrath of God the Almighty.

As we look at this final description of Christ in this passage. We see that His mouth does not speak gracious words (Luke 4:22) as he did in his first coming, but rather here we see his words are like a sharp sword. (Isaiah 11:4, Hebrew 4:12)

All our Lord has to do is speak a word and his enemies will be vaporized. Like in the Movie End Game about the Avengers and there is a scene where Thanos snaps his finger to vaporize the world’s inhabitants. So Jesus' power is even greater. He will speak a word and millions of soldiers will fall dead.

As he spoke a word for Lazarus to rise from the grave and he did, or as he spoke and cursed the fig tree and it withered, or as he silenced the storm with just a whisper of his word, or consider how he commanded a legion of demons to leave and they instantly fled my poor man’s body. The Lord will strike down the nations in this battle simply by the command of his voice.

Apostle John calls this “treading the winepress.” In the Ancient world, the winepress was a practice that involved men standing within a large crate of grapes. They would hold on to overhanging ropes to keep their balance as they stomped on all the grapes with their feet to press all the juices out to make wine. The juice would run into containers on the sides of this large crate and others would bring additional grapes to be crushed and repeat the process.

Jesus will strike down the nations. They will not survive this battle. Though many have lasted hundreds of years, all nations have a time limit. An expiration date. Consider the Babylonian empire it lasted only 86 years. Or what about the powerful Persian Empire? It lasted 208 years!  Or what about the glory of Greece?  It was eclipsed after 268 years! Consider the mighty Rome, it lasted for eight centuries! Or what about the British Empire? It endured for almost 250 years! Now at the time of this writing, the United States of America is 244 years old and counting. Every nation’s days are numbered.

How are you living in light of the last day? Are you living like Jesus is your King? Pray the Lord Prayer.  Our Father which art in heaven, Hallowed be thy name. Thy kingdom come, Thy will be done in earth, as it is in heaven. Give us this day our daily bread. And forgive us our debts, as we forgive our debtors. And lead us not into temptation, but deliver us from evil. For thine is the kingdom, and the power, and the glory, forever. Amen.