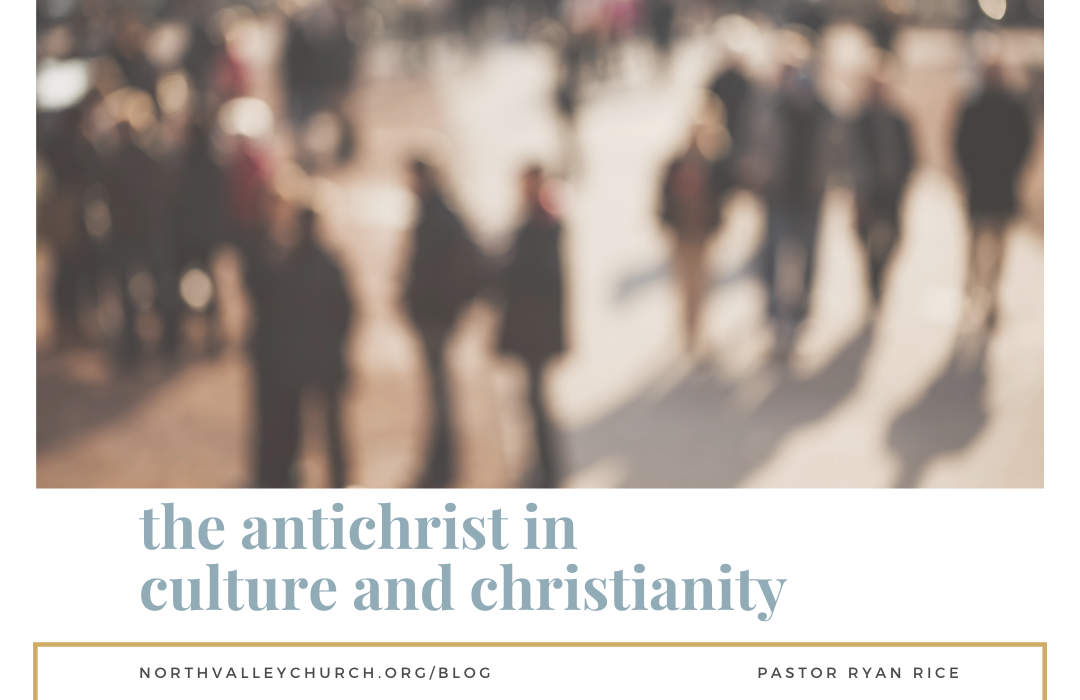 What is an antichrist? While the Apostle John wrote to the church in the first century he was writing to warn believers of the coming trials and tribulations, and as well as those that were adamantly anti-Christian. The word anti means against. His warning here is not only a warning for his day and age but for ours as well! His warning that we must heed is the Antichrist mentioned all throughout the scripture that will come before the second coming of Christ. Our culture is well aware of the Antichrist. Movies such as the Good Omen, The Vatican Tapes,  Devil’s Due, Little Evil, and Rosemary’s Baby. If you were to google “the Antichrist” you would find over 20 million results.

According to a poll taken in years past, by US News and World Report, nearly 50% of Americans believe an Antichrist is coming in the future. What’s even more stunning is that according to a Newsweek poll nearly 20% of Americans believe the Antichrist is on earth right now. People have been trying to figure out who this man is for centuries. Here is a list of the most often accused. The Pope, Benito Mussolini, JFK, Ronald Reagan, Gorbachev, Bill Clinton, Barak Obama, and President Donald Trump!  In a time where there are more than 30,000 nuclear weapons in our world, there is a growing global tension in the air. The day is coming when this Antichrist will arise and it’s possible he is alive today.  Prophecy teacher Gary Frazier paints a disturbing possibility of him being in our world today saying…

Somewhere at this moment, there may be a young man growing to maturity.  He is in all likelihood a brooding, thoughtful young man. Inside his heart,  however, there is hellish rage. It boils like a cauldron of molten lead. He hates God. He despises Jesus Christ. He detests the Church. In his mind, there is taking shape the form of a dream of conquest. He will disingenuously present himself as a friend of Christ and the Church. Yet... He will once empowered, pour out hell itself onto this world. Can the world produce such a prodigy? Hitler was once a little boy?  Stalin was a lad? Nero was a child. The tenderness of childhood will be shaped by the devil into the terror of the antichrist.

The Bible offers a surplus of information about this Antichrist. There are over one hundred passages the describe him. While there are only a few passages with the name antichrist (1 John 2:18, 22, 4:3; 2 John 7) there are many names for this clever devil in disguise.  He will be like Satan’s CEO of the world and will arise after the time of the rapture. (2 Thessalonians 2:7-9, Revelation 3:10 ) This is good news and should alert us that we as believers won’t know who this man is because the rapture has not yet happened. Nor should we waste time trying to figure out who he is.

After the time of the rapture. Believers will have been removed by God’s airlift program! (1 Thessalonians 4:17) The believing will be leaving and never see the Antichrist.  Yet, for those left behind evil will be unrestrained the Holy Spirit will in a sense let loose evil’s influence for a time period. This Antichrist is found in our Bibles with more than twenty-five names.  Here are some of the most popular. The beast (Revelation 13:1), The lawless one (2 Thessalonians 2:8) The one who brings destruction ( 2 Thessalonians 2:3) The worthless shepherd (Zechariah 11: 16-17) The prince who is to come (Daniel 9:26) The fierce king (Daniel 8:23) The little horn (Daniel 7:8), The rider on the white horse (Revelation 6:2)

While the Apostle John pointed out, that the big A, Antichrist is coming, and the little a, antichrist has already come. Many people have risen up in history and acted as anti-Christ. Mimicking Christ’s ministry. Counterfeiting the Christian faith. Think of Hitler. Erwin Lutzer summarized well in his book, Hitler’s Cross.

“Hitler offered himself as a messiah with a divine mission to save Germany. On one occasion he displayed a whip he often carried to demonstrate that “in driving out the Jews I remind myself of Jesus in the temple.” He declared, “Just like Christ, I have a duty to my own people.”

It’s sickening to see how a powerful person such as Hitler twisted the truth and seduced a war weakened population. In the time ahead, we can be sure that this Anti Christ will rise in a similar fashion. He will come with a powerful presence, twisting the truth and presenting himself to be a Christ-like figure to the world.

In the coming times ahead, take a look at the world’s portrayal of the Antichrist and commit yourselves to study the scriptures. Know the differences.