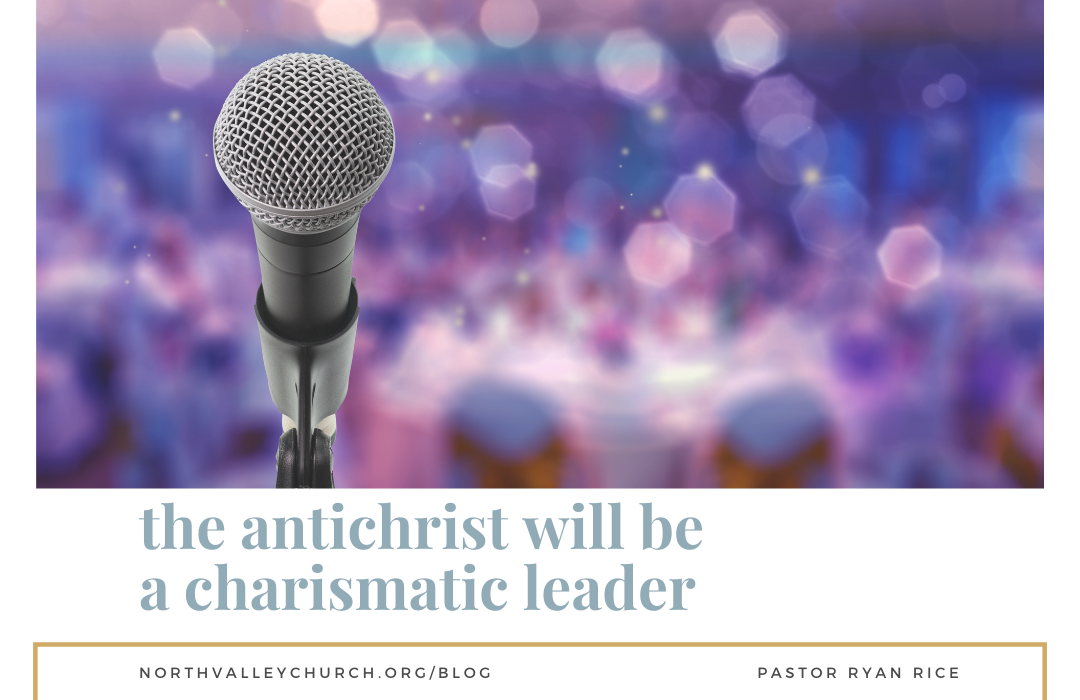 I considered the horns, and behold, there came up among them another horn, a little one, before which three of the first horns were plucked up by the roots. And behold, in this horn were eyes like the eyes of a man, and a mouth speaking great things.

One of our family’s favorite TV shows for music entertainment has been American Idol. Each season there is a top one hundred of America’s most talented singers, songwriters that get to display their artistic abilities. What’s interesting is that many times it’s the story of the person that wins over the hearts of millions of voters. The story of struggle or fight for significance is what voters seem to value just as much as their performance ability. It’s amazing to see how people can rise up from poverty and then be launched into worldwide popularity in a matter of months!

So it will be with the Antichrist. He will have an inconspicuous beginning and win the hearts of humanity. Consider other historical figures in human history who did the same thing.

“At age 22, Alexander the Great was only a petty prince. But only four years later, he was Master of the known world and had radically changed the course of history. Or consider… Napoleon Bonaparte was born on the 15th of August, 1769 at Ajaccio, Corsica, which was won to France by arms. Had the young man seen the light two months earlier, he would have been by birth an Italian, not a Frenchman. Lastly, General Ulysses Grant would not have been a military man had it not been that his rival for a West Point cadetship had been found to have six toes on each foot instead of five!”   Encyclopedia of 7700 Illustrations: Signs of the Times by Dr. Paul Lee

In Daniel’s prophet vision he sees kings in which are symbolically represented as horns. He clearly interprets his vision in saying… As for the ten horns, out of this kingdom ten kings shall arise, and another shall arise after them; he shall be different from the former ones and shall put down three kings.  He shall speak words against the Most High and shall wear out the saints of the Most High. (Daniel 7:24–25)

Some have interpreted that Daniel was speaking of the future emperors of Rome that will violently attack God’s people in the times ahead. Others believe these references to kings were the Roman Catholic church, or the Pope himself. What I believe this to be, is the Antichrist who will rise up after the time of the rapture, form an alliance with ten other kings and then take over three of them. It seems logical to assume these are literal kings as he had said himself. (vs. 24) He will do this with his charisma and he charms the masses and lead many astray.

While he will be charming, his corrupt character will be revealed after three and a half years into the tribulation. The world will see how this man is now hell-bent on destroying the Christian faith and persecuting the Jews. He is described as a blasphemer (Rev. 13:6) a hater of God’s law. (2 Thess. 2:8) He will be consumed by his selfish ambitions. (Dan. 11:36, 37; 2 Thess. 2:4) He will try to change Biblical prophecies by twisting the scriptures. (Dan. 7:25) He will ultimately pretend to be God and demand to be worshipped. (Dan. 11:36; 2 Thess. 2:4).

“The Antichrist will be an attractive and charismatic figure, a genius, a  demon-controlled, devil-taught charmer of men. He will have answers to the horrendous problems of mankind. He will be all things to all men: a political statesman, a social lion, a financial wizard, an intellectual giant, a religious deceiver, a masterful orator, a gifted organizer. He will be Satan’s masterpiece of deception, the world’s false messiah.  With boundless enthusiasm, the masses will follow him and readily enthrone him  in their hearts as the world’s savior and god.”