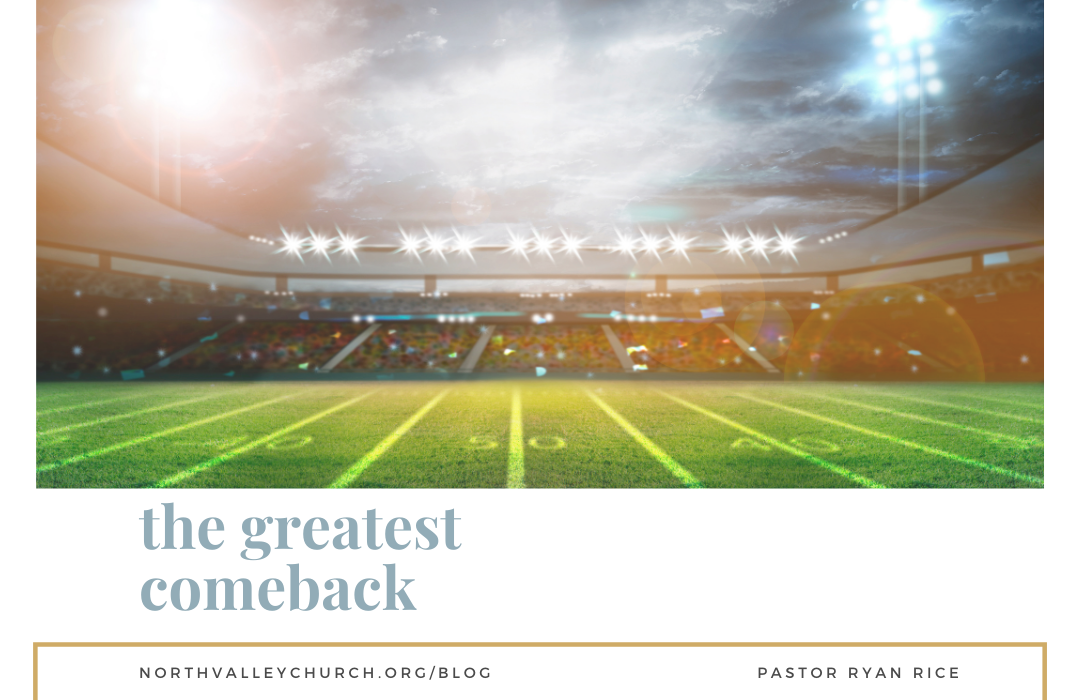 Men of Galilee, why do you stand looking into heaven? This Jesus, who was taken up from you into heaven, will come in the same way as you saw him go into heaven.”

It was a Sunday night. My wife and most of the kids were out of town. I had a long day and was looking forward to a great matchup. The Arizona Cardinals versus their long time rivals the Seattle Seahawks! To make the game better, we were playing in Cardinals stadium. The commentators were hamming up the idea that for eight years the Seahawks have been showing up and showing off to take another victory! It was even called a curse by some. Well as typical fashion, the Cards had a few great plays in the first half then started getting beat pretty bad. My teenage daughter who was with me walked by and said, "Dad, let’s watch a movie. You’ve been busy all day and I want to spend time with you!" I looked at the pathetic score and said “Sure why not.”

I was nervous to turn off the game. I wanted to know who was going to win! I figured we would likely be beat but I really didn’t know. Sure, enough after the date. I checked the score as quickly as possible. I couldn’t believe it. For the first time in eight years, the Cardinals put all the pieces together, and came back after half time and got themselves a victory! The curse was broken and the Cardinals made one of the greatest comebacks of the season! That night and the next morning I found out that something special happened in that locker room at half time, the team pulled together, they rearranged plays and rehearsed some new ones too! When they went back to that field they got themselves a victory! All the long months of preparation finally paid off! They finally won themselves a game against the Seattle Seahawks in their own Stadium!

Did you know that God has been trying to prepare believers for a win as well? He’s actually been working with prophets, priests, and kings for thousands of years so that believers might be prepared and ready for the greatest comeback and victory the world has ever seen! It’s the second coming of Christ!

Jesus is coming back. You can count on it. Take some time to pray and thank God for his promises and read how this event was prophesied.