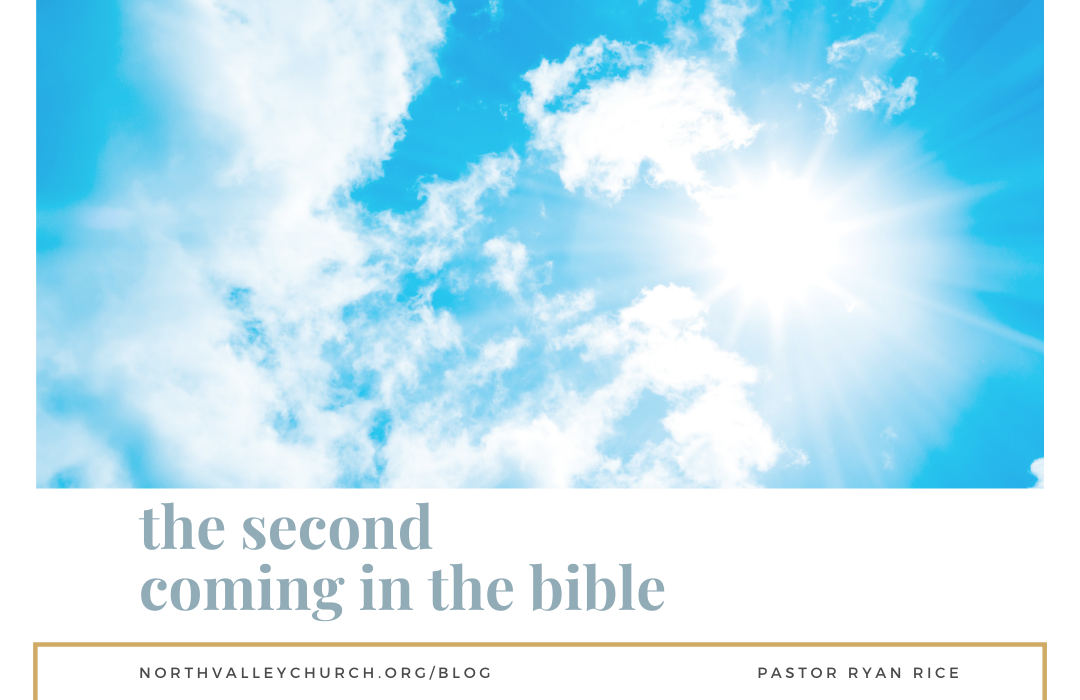 Behold, he is coming with the clouds, and every eye will see him, even those who pierced him, and all tribes of the earth will wail on account of him. Even so. Amen.

Newspapers have a special headline type that they reserve for unprecedented events in history. It’s the kind of type that was used when Pearl Harbor was bombed, or when JFK was assassinated. It was used as well the day after the 9/11 attacks on our country. It’s called the “Second Coming type". It’s the kind of font that jumps off the page to get your attention. They call it this because they know there is no other event as important as the Second Coming of Christ.

According to a Gallup poll, some 66 percent of Americans believe Jesus is coming back to the earth in the near future. In times like these today, there is a growing sense that the world is wearing down and the clock is ticking.

THE SECOND COMING STATS IN THE BIBLE

The Bible is loaded with references to the second coming and the great victory in store for Christ and his Saints.

THE SECOND COMING OUGHT TO BE GREATLY ANTICIPATED

Jesus himself said he was coming again.  He told his disciples about this future event by saying…

“Immediately after the tribulation of those days the sun will be darkened, and the moon will not give its light, and the stars will fall from heaven, and the powers of the heavens will be shaken. Then will appear in heaven the sign of the Son of Man, and then all the tribes of the earth will mourn, and they will see the Son of Man coming on the clouds of heaven with power and great glory." (Matthew 24:29-30)

The Apostles echoed these words in saying, consider the Apostle John’s words…

"Behold, he is coming with the clouds, and every eye will see him, even those who pierced him, and all tribes of the earth will wail on account of him. Even so. Amen"(Revelation 1:7)

The Prophets as well predicted the Messiah’s second coming.

"Then the Lord will go out and fight against those nations as when he fights on a day of battle. On that day his feet shall stand on the Mount of Olives that lies before Jerusalem on the east." (Zechariah 14:2–4)

Lastly, listen to the Angels themselves after the time of Christ’s ascension into heaven appeared to the disciples who were standing there staring into the sky as Jesus said goodbye and floated off in the sky.

“Men of Galilee, why do you stand looking into heaven? This Jesus, who was taken up from you into heaven, will come in the same way as you saw him go into heaven.”  (Acts 1:11).

What’s even more interesting, is that the next verse tells where they were, "they returned to Jerusalem from the mount called Olivet, which is near Jerusalem.” (Acts 1:12)

God’s word again confirms the divine preparations that have been taking place. From angels to apostles, to prophets to Jesus Christ himself the details of Christ return to the exact location have been spelled out. The Mount of Olives is where he will return. It’s the exact location he left. It’s the same location he will return. He will come back, just as God’s messengers foretold.  It will be the greatest comeback the world has ever seen!

Read through the prophetic passages again and consider the details as to His physical and literal return.